I am no prophet, nor have I ever claimed to be. I’m usually even leery when people say things to me like, “God told me…” or, “God wanted me to tell you…” or, “I had a revelation…” etc. Even as a preacher, I don’t ever like to put words in God’s mouth or simply assume that He and I are  naturally always on the same page. In other words, it’s a BIG thing for me to speak FOR God.

That all being said, I want to go out on a limb and express that I’m inclined to believe that maybe… this is an exception.

Unless you’ve been living under a rock lately, I’m guessing you know that Donald J Trump is now POTUS.

If I’m reeeaaally honest, I can’t say that I know a whole lot about the man😬. I mean, I voted for him… but pro-life evangelicals like me didn’t really have much of a choice (for the record, I’m glad he ended up being the nominee).

The media certainly certainly isn’t shy about their opinions, but then again, can you really trust the media? After all, the liberal outlets paint Mr. Trump as a (deep breath) racist, bigot xenophobe, homophobe, Islamaphobe, and just about any other “phobe” they can add to the list. If you lean conservative, those organizations depict him as the apparent swoopy-haired savior of the universe who will right all the wrongs of society as we know it. Some internet memes suggest that he might just be Batman😎.

I don’t know about all of that (although I personally think his hair is pretty epic 🕺). I do feel like I can fairly confidently say that he is, at least, not hostile towards Christianity, which is more than can be said about previous administrations (Not going to mention any names…🙄). That’s a good thing to me personally because, well… I’m a Christian. If I’m honest, I feel a little relieved really. Along with a new sense of freedom and patriotism 🇺🇸, I feel like Christians FINALLY have a little bit of breathing room. I’ve even heard some call this period in time a, “temporary reprieve” from anti-Christian ideologies, and I would not disagree with that.

So, the Hezekiah effect.

Hezekiah became king of Israel around 715 B.C. The Bible records that he was one of the good guys. He followed the Lord and was doing his best to wrangle Israel back towards straight and narrow way after years of wandering off the rez.

One day, ol’ Hezzy got sick, and it was bad. It was so bad, that after three days of decline, the prophet Isaiah shows up and hands the king a prognosis from none other than God Himself. Check it out…

In those days was Hezekiah sick unto death. And the prophet Isaiah the son of Amoz came to him, and said unto him, Thus saith the LORD, Set thine house in order; for thou shalt die, and not live.

Dang. Kinda feel bad for the guy don’t ya?

Hezekiah doesn’t just graciously accept his fate though. Upon hearing this terrible news, he turns toward the wall, cries out to God and reminds Him of his uncompromised service and faithfulness… oh, and then weeps uncontrollably (wouldn’t you?).

Next thing you know, the preacher returns and lets the king know that his prayers and tears moved God to extend his life fifteen more years.

Understandably, the king was a wee bit skeptical of this new prognosis (as if God really answered prayers or something?😐). So, Hezekiah requested a supernatural sign to confirm that this was all really real. God graciously granted his request which, in turn put Hezekiah at ease, and everything was “hunky dory” for the king and his kingdom.

Think with me for a sec.

Can you imagine the overwhelming feeling of relief that Hezekiah must’ve experienced? I mean, to go from learning that you gon’ die within a day or two to knowing an extra decade and a half has been added to your lifespan must’ve have been pretty surreal. Ol’ king might’ve sang an ancient version of Johnny Nash’s, “I can see clearly now.”

I think it’s safe to say that he was relieved, at the least.

But there was a problem.

In the wake of this amazing story, God’s Word NEVER again records Hezekiah doing ANYTHING positive with his life. And that’s a little odd? Because the Bible had plenty to say about good ol’ Hezzy before the whole, “You’re dead… nah nevermind” thing happened.

Additionally, he seemed to grow a bit prideful in his newfound life extension.

Allow me to continue with the story…

Some nice dignitaries from a neighboring kingdom (a tiny place called Babylon) came through and inquired about the king. They’d heard about his recent health issues and desired to personally express their heartfelt concern. Hezekiah, elated to meet these ritzy visitors, proceeded to take the guests on a tour of his palace. He whisked away and showed them everything… his silver, his gold, his commodities, his armor… everything.

Interestingly, the king never once mentioned anything about God during this grand tour. He refrained from crediting the Lord for the wealth and success his administration had experienced and he also conveniently “forgot” to clarify that whole reason he was still standing was, quite literally, God’s grace period.

Ominously, the prophet Isaiah returned and quizzed the king about the men and their little sightseeing event. He asked Hezekiah what all he had showed them and the king reservadly informs the preacher that he left no stone unturned at the palace. Preacherman then called Hezekiah to the carpet for his pride, and relayed a damning message concerning the future of his kingdom.

He told Hezekiah that, even though God would keep His promise for the additional 15 years of life, his kingdom would eventually be decimated, and his own sons would be ripped from royalty and they would consequently become common slaves in another land.

Surely, you’d think after hearing the dreadful news, that this experienced king would once again turn to God, repent of his pride and cry out for mercy… kinda like old times right?

He flippantly responds by sort of saying, “It’s all good… at least it’ll happen after I’m dead and gone. Not my problem.” (I’m paraphrasing, but that’s really pretty much what he said).

I wanna be like, “Duuuuude?! What happened to you?!”

I’ll tell you what happened…

He stopped talking to God.

He didn’t even care that his own children would suffer for his poor choices.

Do you see the correlation here? I’m really hoping you do.

I’m afraid that American Christians will become like Hezekiah.

I’m afraid that we will sit back and, “watch what Trump does.”

I’m afraid that, during this temporary reprieve, we will grow even more lazy, we’ll stop talking to God, we won’t acknowledge Him, we won’t genuinely care for people, and we won’t give a flying flip about the consequences others will eventually reap because of our lack of action, even if it includes our children someday.

Many have said that God intervened during this election cycle. They say that because of the prayers of the saints, God himself stretched his mighty arm and gave us one last shot. I can’t say for sure, as I am not God, but let’s just say… that God DID intervene. Let’s just say that God’s original plan was to allow America to continue to spiral down its path of wickedness and self-destruction. Lets just say that “religious liberty” as WE know it, was about to become a thing of the past. Let’s say that He was preparing to hand out the “imminent death” prognosis to the nation, and remove His hand forever.

However, because of the cries, prayers and supplications from his people, He graciously granted a stay of injunction. A literal grace period.

The clock then, has started.

America, we have four years.

Four years to humble ourselves.

Four years to spread the Gospel.

Four years to get it right.

By the year 2020, America SHOULD be much closer to God.

By 2020, there should be many, many more converts of Christ due to the passionate efforts of emboldened real-world, ground level witnesses like you & me.

By 2020, there should have been MANY tears shed over the egregious sins of our past in hopes of true reconciliation with God via heartfelt repentance.

By 2020, “church” should not be thought of by non-believers as simply a business cloaked in religiousity, but rather as a living organism that lives and works within the community that helps hurting people.

We could just kick back, chill, take a breather, and see what happens.

But if there’s anything to this “Hezekiah Effect”, and if God’s reaction will be anything like it was towards king Hezekiah, then waiting it out IS NOT an option. This could very well be our last stand.

We need to get over ourselves. 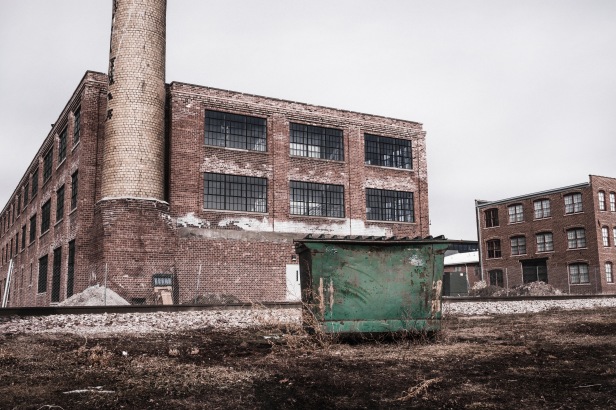 “Woe to them that are at ease in Zion, Ye that put far away the evil day, That lie upon beds of ivory, and stretch themselves upon their couches, and eat the lambs out of the flock, and the calves out of the midst of the stall; That chant to the sound of the viol, and invent to themselves instruments of musick, like David; That drink wine in bowls, and anoint themselves with the chief ointments: but they are not grieved for the affliction of Joseph.”

They were eating, drinking, playing music, relaxing, enjoying their hobbies and taking care of themselves. Meanwhile doom and gloom were drawing near, and they were none the wiser.

This thing (our America) is literally hanging by a thread.

We must not be ruled by fear any longer.

We must not remain apathetic.

We MUST NOT continue to sleep.

We must tell others before it is too late.

We must take a stand for Christ.

We must take advantage of our religious liberty… right now.

We MUST wake up.

Somebody MUST do something, and that somebody… is YOU.

The clock is ticking.

Leave a Reply to The Honest Preacher Cancel reply

Read JW.com in another language!

For millennials seeking the abundant life of Jesus

MAKING A DIFFERENCE, ONE STEP AT A TIME

Student of Life. Advocate for serious joy in Christ.

Are you prepared?... Eternity is real!

The writing of the Holy Bible continues published by GROY

"All is grist for the mill." - A Proverb

The heavens are telling the glory of God; and the firmament proclaims His handiwork. Psalms 19:1

press on to know the lord