I had no idea how dirty the little thing was…

While away on vacation, my wife and I found ourselves in a flea-market/bazaar in a different state. Vendors of all different nationalities were doing their best to convert passers-by into customers. Collapsible wooden baskets over here, cheap electronics over there, knockoff name brand purses in this corner and clothes of all shapes and sizes in that one. All of these were quite easy for us to casually stroll past as I’m generally… well, almost always SUPER cheap. I sometimes squeak when I walk.

But all that changed when a man with an Indian accent abruptly requested to see my wife’s ring. We both looked at each other skeptically, (I was about to walk away) but then, my wife suprisingly placed her beloved token of matrimony in the hand of the stranger. The fellow then went right to work. He dabbed some pink compound directly onto the band and then began to buff it like nobody’s business on a white paper towel. As he rubbed it, the towel quickly turned from crisp white to metallic gray. Dirt and grime, seemingly out of nowhere began to appear. I couldn’t believe what I was seeing? I watched intensely as the man tossed the first paper towel in the garbage and started using a new one. I thought, “There is NO way that thing is THAT dirty?!” After a few minutes, he was finished. The man sprayed the gold band with a liquid solution, placed it in a clear bowl of water, and dried it in a clean cloth for a few seconds. What emerged was a brand-spankin’ new weddding ring. It looked even better than when I first found it in the crackerjack box!? (I may or may not be kidding) 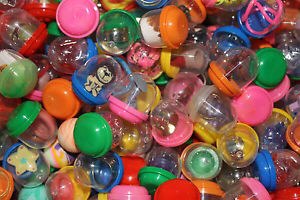 That little rock-crested ring shimmered, shone and twinkled like the lights in my beautiful wife’s eyes (yeah, that’s gonna get me brownie points-don’t judge me).

“Sold!” – I told the man. “I’ll buy whatever you’re selling!” That short demonstration made a customer out of this lifelong cheapskate. I probably asked to see that piece of jewelry 20 times the rest of the day. I simply couldn’t get over it. I didn’t think it could’ve been that dirty? After all, it looked better than a lot of her other jewelry? Nonetheless, it was clean now, and had been restored to its 10 year old glory.

Later that day, it hit me. That’s kinda like what we do.

And I reckon the reason we feel as such is because we compare ourselves to those around us. After all, you don’t have to look very far to find someone who’s got a bad habit that you don’t. We’re even pretty quick to tell people what we DON’T do.

I don’t do drugs.

I don’t have tattoos.

Have we forgotten this?

But we are all as an unclean thing, and all our righteousness are as filthy rags;

Have you ever given any thought as to why it feels SO good to criticize someone else? I mean, let’s be honest… it DOES feel good. It’s almost a guilty pleasure really. But why? I believe the answer is because it makes us feel better about our own shortcomings and insecurities. A sort of horizontal comparison.

There’s always somebody fatter than you.

There’s always somebody uglier than you.

There’s always somebody lazier than you.

There’s always somebody who doesn’t have their stuff as together as you do.

That’s all well and good if it makes you feel better I guess, but there’s a critical problem with this horizontal comparison mentality.

With my wife’s ring, our only point of reference was her other pieces of jewelry. All of which were relatively close in comparison. This ring looked a little better than the others, so it was obviously clean!? But really, that turned out to be a faulty comparison.

Can you tell where I’m going with this?

A comparison amongst ourselves, is ALWAYS going to be a faulty comparison. Why? Well, because we are all faulty. Saying, “I’m not really that bad” or, “I’m a pretty good person” is kind of ludicrous because the only gauge by which we can make an assumption like that is the gauge of other people. It’s like the whole, “pot calling the kettle black” sort of thing.

However, if you reeeaaally wanted to make a fair comparison to see where you stacked up across humanity in regards to your ‘goodness’ or ‘badness’, you can only truly compare yourself to the standard that doesn’t change and never waivers… and that’s Jesus.

But I think you know where that lands us.

We come up short.

We are nowhere near as noble as we like to think we are.

So then? What do we do? You know, with gossiping about folks and stuff. We all know some people who kinda deserve it because of, well… their blatant stupidity. If they wouldn’t make such poor choices, we wouldn’t have anything to talk about, right?

I reckon we need to keep a few things in mind.

It’s probably happened to you before. The conversation begins with something like, “Promise you won’t say anything, but…” and by next Tuesday, everyone in town knows your business. A good rule of thumb is this, “If they will talk about someone else to you, they will talk about you to someone else.” And you can take that one to the bank. Here’s a couple verses for you to remember.

That’s right. I just pulled a Jesus line on you. But really, that’s exactly what He was referring to when He spoke those words. We’re quick to critique others when we’ve got plenty of our own faults that need to be addressed first. The reality is, if you are conscious of your own shortcomings, and are intentionally working to make them right, you won’t be worried about everybody else anyway.

3. Treat others how you want to be treated

Don’t you want people to cut you a little slack from time to time? Well… try giving others a little lead way. Don’t be so quick to write folks off should they screw something up. Secularists call it karma, Christians call it, “reapin’ whatcha sow”. Whatever you call it, it does boomerang back.

People can change, and they do. I know it’s hard to imagine, but sometimes people grow up a bit. I look back in my own life and wonder why God’s been so patient with me. There’s been a few times (maybe more than a few) that God should’ve said, “Nope, that’s it for him. He’s done. Set him on the shelf.” But He didn’t do that. He’s been ever so patient with me and He has allowed me to learn from my mistakes, recover from bad choices and painstakingly change convoluted viewpoints that I’d held to. Thing is, I don’t think I’m the exception either.

Patience IS a virtue. Know why? Because it’s not natural. I don’t know anybody who is just naturally patient. I know a lot who are naturally impatient (*raises hand). It goes back to the previous point. Do you want people to be patient with you and your missteps? Then be patient with others. Be slow to anger and quick to forgive.

5. You don’t always have to say what you’re thinking

I know it seems like you’re mouth is going to explode if you don’t express what you’re feeling, but it is possible NOT to say anything. I contend that this is a litmus test for personal maturity and self control. The Bible backs me up on this one too.

A fool uttereth all his mind: but a wise [man] keepeth it in till afterwards.

Look, at the end of the day, this is something we will all struggle with til the day we die. I wish I could flip a switch and just take care of it, but I can’t. It’s an everyday battle. All I’m saying is that it’s not helping you or anybody else in talking about other people. I mean sure, it gives you endless subject matter, and it feels good in that brief, secretive moment, but it’s also SO dangerous. Whispered words have separated the very best of friends, caused divorces and even started wars. Don’t fall into this trap my friend.

10 thoughts on “Why you really need to stop gossiping TODAY”

Read JW.com in another language!

For millennials seeking the abundant life of Jesus

MAKING A DIFFERENCE, ONE STEP AT A TIME

Student of Life. Advocate for serious joy in Christ.

Are you prepared?... Eternity is real!

The writing of the Holy Bible continues published by GROY

"All is grist for the mill." - A Proverb

The heavens are telling the glory of God; and the firmament proclaims His handiwork. Psalms 19:1

press on to know the lord